Taking the Mystery out of Leadership 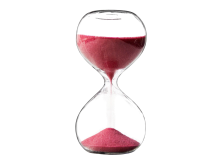 The power of modeling courage is not hard to imagine.  One leader who leads courageously will encourage others to do the same.  You can be catalytic in your courageous leadership.  Below are several examples of courage that can serve to inspire and motivate you and others.

God chose to test Abraham by telling him to offer his only son as a burnt offering (v. 1-2).  Abraham displays courage immediately in his response as he rose early (v. 3) to assure completion of the journey.  After 3 days of travel he saw the mountain God led him to. He told the men traveling with him to stay behind as he and his son would worship and return to them (v. 5).  This statement not only displays his faith and hope but also the courage Abraham possessed to go alone to the mountain top to offer his only son.   Abraham’s immediate reward was the salvation of his son and God’s provision of a ram for offering instead (v. 13).  One can only imagine the impact on Isaac for the rest of his life.

The king, Nebuchadnezzar, made an image of gold (v. 1) for the province of Babylon to worship.  He assembled the residents and authorities to hear his proclamation (v. 4-6) commanding worship of this idol or death by being cast into a furnace of blazing fire. Once it was recognized that Shadrach, Meshach, and Abednego did not obey the proclamation (v. 12), King Nebuchadnezzar sent for them (v. 13).  Standing before the king, they were confronted with the king’s commands.  Without hesitation, bold in courage, they told Nebuchadnezzar that their God was above all others and able to rescue them, if he chose to do so, and that they would not worship his gods or images. The king responded in anger and had them thrown into the furnace (v. 23).  Because of their faithfulness and courage to give the king an honest answer, risking death, the Most-High God (v. 26) saved them and changed the life of the king and Babylon.

Perhaps you will not be asked to risk death or sacrifice a loved one, but life is full of challenges that call for courageous responses, especially for Kingdom leaders.  What challenge are you currently facing that needs a courageous response?  Lead with courage!